Many of the big chains are participating, including the likes of Subway, Sushi King and The Chicken Rice Shop.

Food lovers have been overjoyed and even gladly lined up for hours to be reunited with friends and family to dine out again! If you live around Sunway Velocity Mall, we have some even more awesome news.

Sunway Velocity Mall launches their “Makan Mana?” campaign. This campaign provides food lovers many awesome food deals, such as “50% off”, “Buy 1 Free 1”, “Set Meal starting from RM12.90”, and many more when they dine at any participating restaurants throughout August 10 til August 31, 2020.

From today until 31st August, Sunway Velocity Mall is having “Makan Mana?” campaign. This campaign targets to offer shoppers and food lovers countless of F&B deals based on a weekly theme:

Remember to show your Sunway Pals card, as diners can redeem 5x Sunway Pals Points* during this campaign period.

Here are the themes:

Some of the participating merchants are Sushi King, Dubuyo, Bentoya and Ippudo. You wouldn’t want to miss out deals such as RM10 for Bento Set & Drink in Bentoya, or enjoy Hiroshima Oyster by Sushi King at RM9.16 only.

Speaking of Korean special, MyungRang just opened their first outlet in Malaysia central region in Sunway Velocity Mall. If you haven’t try Korean cheesy corndog, MyungRang is the best place to go in the mall.

The most famous tonkotsu ramen shop in Japan is now available in Sunway Velocity Mall. They will be holding their first Ramen Slurping Contest on Saturday, August 15 at 1pm and 5pm. So don’t miss out!

Feeling thirsty but looking for something nutritious? Taiwan’s No.1 papaya milk City Milk just opened their outlet in Sunway Velocity Mall. Even if you’re not a fan of papaya, they also serve various milkshake with fruits like dragon fruit and mango.

Another Japan origin brand, Châteraisé is also available in Sunway Velocity Mall. Known for their pastries and baked goods, they have over 400 outlets across the globe.

Calling all shabu-shabu lovers, the 1st Shabu-Yo outlet has finally landed in Malaysia, specifically at Sunway Velocity Mall! It’s affordably priced too from only RM38.80*, you can enjoy limitless shabu-shabu meat slices and many other Japanese delicacies.

Donut lovers, rejoice! Krispy Kreme has opened their new outlet in Sunway Velocity Mall. To celebrate their new outlet, you can get 2 complimentary Original Glazed Doughnuts with the purchase of Half a Dozen Assorted Doughnuts! *While stocks last

Free Parking and More food & drinks vouchers to be redeemed

To sweeten the deal, Sunway Velocity Mall will also be rewarding shoppers who spend throughout August 10 til August 31, 2020.

• Valid at participating F&B outlets (You can choose to use the voucher at more than 30 outlets!)
• Redeemable at First Floor, World of Sunway, Sunway Velocity Mall.
• Receipts from Parkson, AEON MaxValu Prime, bill payments, card reloads, and instalment plan payments are strictly NOT eligible for redemption 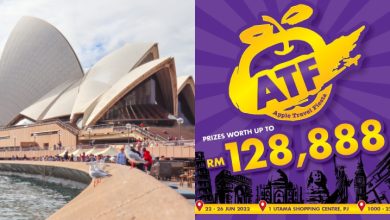 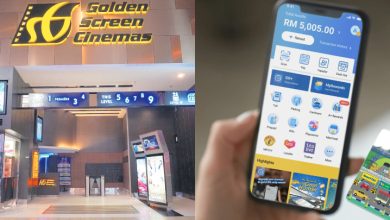