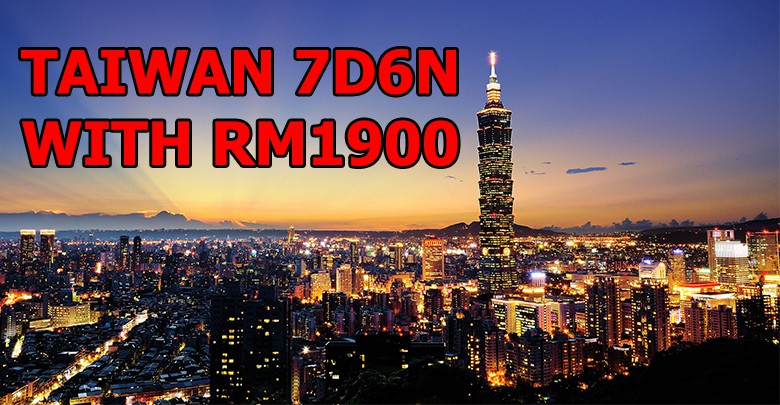 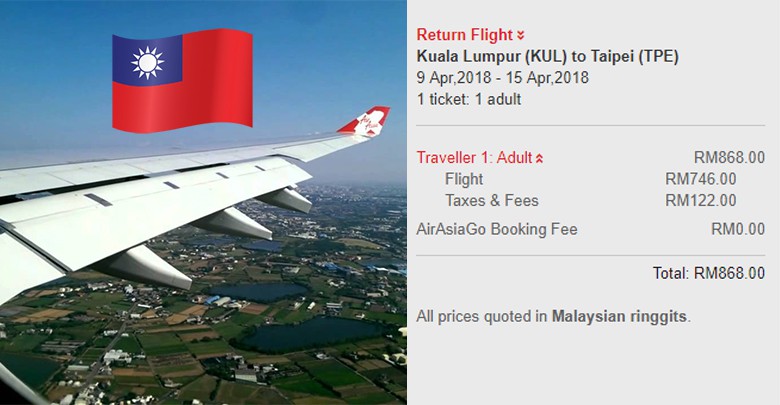 If you book a few months in advance, the flight ticket will be cheaper. In this case, we used AirAsiaGo and we got two-way trip tickets for as low as RM868. You might be able to get it at a cheaper rate if you purchase your tickets during non peak season.

The journey to Taipei from Kuala Lumpur: 4 hours of flight (from KL – Taipei)

We used Expedia to book our hotels and there are a lot of hotels ranging from different prices. Since we’re on a tight budget, we chose a decent budget hotel with clean and comfortable room at around RM115 per night.

3. Internet is all you need when you are in Taiwan (4G everywhere with unlimited data!)

SIM cards are readily available for tourist and travelers in Taiwan. The following unlimited data 4G SIM Packages are available at airports including Taipei Taoyuan Airport.

Taiwan is one of the few countries that offers real unlimited 3G and 4G internet on daily packages.

Since you are going to be here for 7 days 6 nights, we suggest you to get the 7 day unlimited pass which will cost you NT$500 (about RM70).

Having internet connection throughout Taipei would really come in handy as everything can be found online and you would never get lost.

Once you reach Taoyuan Airport, you can take a bus to Taipei Main Station (the central part of Taipei). Busses leave frequently and cost NT$125 (about RM17.5) per ticket. Get down at Taipei Main Station as it is the primary interchange station for the city.

You then can get around in Taipei using their MRT. The Taipei MRT is the most convenient way to travel around Taiwan’s capital city. The Taipei metro is both cheap and convenient to ride.

Taipei MRT stations are clearly labelled in English, and will take you to the majority of the important tourist stops. All the exits at MRT stations have big maps in English on their walls where you can see Taipei attractions such as museums, temples, and parks. 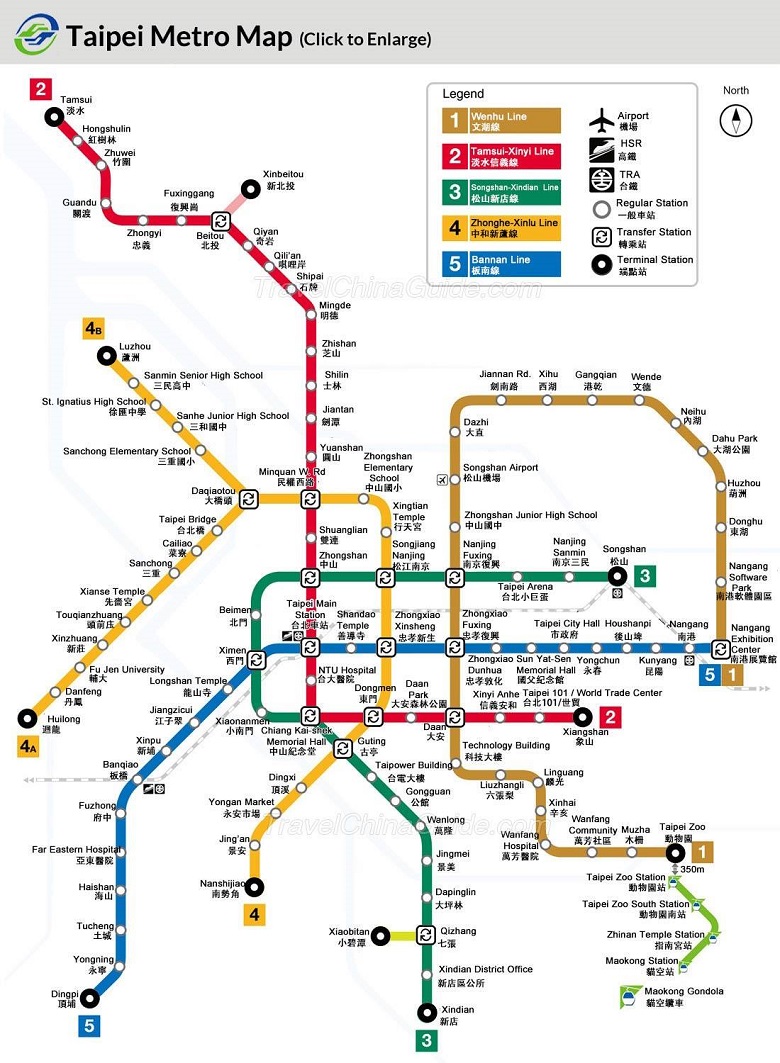 Rides on the metro system are not free, but they’re cheap. If you plan on doing a lot of traveling on the Taipei MRT, you’ll want to get an EasyCard (similar to our Malaysian Touch n go card), a ‘touch-and-go’ IC ticketing system for the Taipei Metro and bus services.

The MRT’s fares are distance-based, so the further you travel, the more you pay. A fare for a single-trip in Taipei’s subway will be between NT$15 (RM2.10) and NT$65 (RM9.10), but we doubt you’ll be spanning the full distance of the MRT.

Since our budget is about spending RM1,800 in 7 days 6 nights, you need to be a little stingy when it comes to food. But don’t worry, there are lots of good food with affordable price. We will explain also where to get Halal food for all our Muslim readers as well.

Try to avoid ordering crab dishes and other expensive seafood. But you still can have a good meal for about NT$120 to NT$160 (RM16.80 – RM22.40) for each meal. You can actually save more in some places.

Taipei is well-known for their night markets, which open all over the city in the evening, selling a huge range of clothes and household goods, but their main attraction is the street food.

Here’s a list of the bigger-scale and more popular night markets in Taipei city and the street snacks that they are famous for:

Opening hours: 6pm to 2am daily

Opening hours: 5pm to 1am daily

A rainy evening at #GongguanNightMarket in #Taipei. Shades of #BladeRunner, a 1982 film directed by #RidleyScott and one of my all-time favorites. #Neon #Taiwan

Had a pleasant strall through one of the famous night markets in Taipei. #grumbertthinks I love the atmosphere and the mix of food stalls, cheap clothes and massage parlors

Opening hours: 4pm to 12am daily

Opening hours: 5pm to 12am daily

Coming from the land of ‘Xiao long bao’, you may be surprised to discover that Taiwan has not one, but two halal certification boards. The Taiwan Halal Integrity Development Association (THID) and the Chinese Muslim Association have both taken up the mantle of Halal watchdog.

Which Restaurants are Halal?

Taiwan boasts a surprising range of halal food options covering cuisines as varied as Chinese, Taiwanese, Indian and even Egyptian!

If you really want to pamper yourself and you think dining halal food in a 5 star hotel’s restaurant, we suggest you to dine at Palais De Chine’s restaurant. They have a vast variety of food choices, buffet style!!

A warning for street food: most of the meats are probably cooked with lard, so you may want to try asking the vendors as a precaution, or ordering the numerous tasty vegetarian dishes instead.

i). Santorini of Taiwan at Jiu Fen Old Street

There are more places in Taipei to see. There are too many of them in fact and we could not include all of them in the list. To check out more of tourist spots in Taipei, check out this website

Shopping in Taiwan is a place for you shopaholics. Certain things here are pretty cheap depending on what you want to get. We did not include any budget here as it will vary depending on individual tastes. If you really want to go on a shopping spree in Taiwan, we suggest you to bring extra cash.